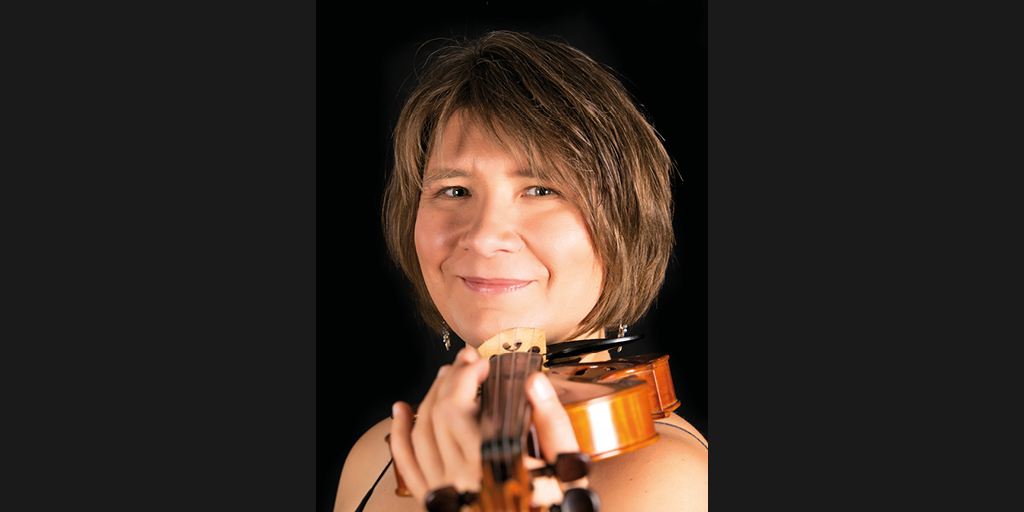 Sanna Mansikkaniemi is an open-minded musician with a wide repertoire from early music till the music of today. Voice (mezzosoprano), violin, piano, organ and musical saw are her instruments, she also works as a choir conductor. In her heart there is a special place for folk music and Latin American music. During the last years she has presented several Latin American masses with choirs and instrumental ensembles around Finland.

She has got Master of Music degrees from church music and vocal music departments of Sibelius Academy. In addition to this she has also studied singing in Utrecht’s Conservatory in Holland and privately with prof. Dorothy Irving in Sweden. Choir conducting and baroque violin she has studied in the Estonian Music Academy in Tallinn. She has also done research about the colonial music of Brazil in the University of Helsinki.

Nowadays she works as a freelance musician, arranger, producer as well as a teacher and choir conductor in Helsinki Adults Institute. As a vocal soloist, she has performed with choirs, orchestras and ensembles and she also has led several multidisciplinary children’s music projects. She plays violin in the Helsinki Metropolitan Orchestra conducted by Sasha Mäkilä and in her own Rokasahurit folk music ensemble. She has compiled and arranged a mass based on Finnish traditional folk music and “Kointähtösen messu” was premiered in 2017 with soloists, choir and instrumental ensemble.