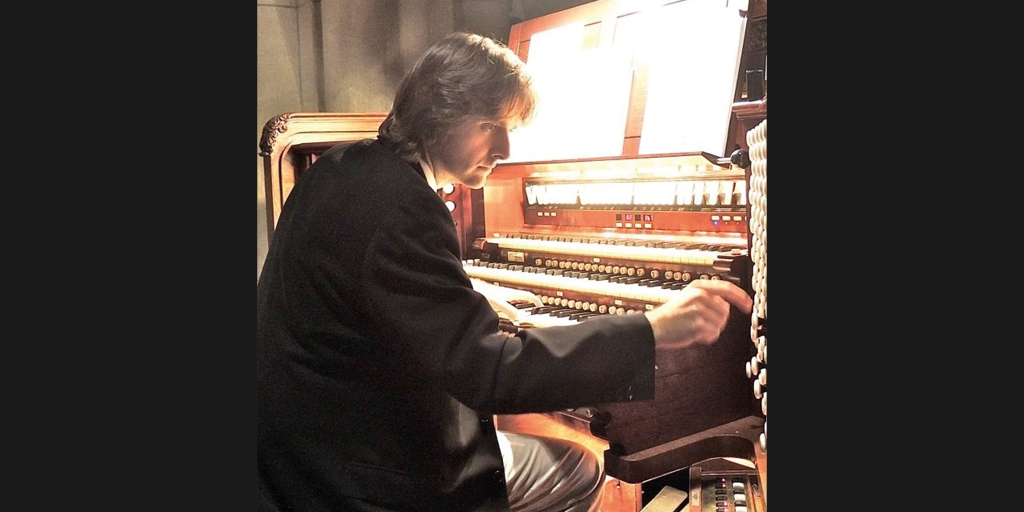 August 8th at noon, The Church of the Cross

Kalle Toivio is a Finnish-American concert organist and pianist living in New York City. Dr. Toivio is the winner of the First Prize at the 2018 American Guild of Organists National Organ Improvisation Competition, which is one of the most prestigious and challenging competitions in the world. Toivio received his Doctor of Musical Arts degree from the Manhattan School of Music, where he studied for more than seven years with the legendary organist McNeil Robinson (1943–2015). Toivio continues his piano studies with Nina Svetlanova, organ studies with James David Christie and organ improvisation with David Briggs. Toivio is the organist and director of music at the Church of Notre Dame in New York. He is also the founder and Sub-Dean of the Finland Chapter of the American Guild of Organists. Dr. Toivio is a member of the organ faculty at the Manhattan School of Music Precollege and the piano faculty at the Stamford Music & Arts Academy.

Nyt ylös sieluni–Arise, my soul, stretch forth to things eternal

Timo Kiiskinen (b. 1960): Timeline-A History of Organ music in one Piece

Timeline is actually pedagogical music. It is a humoristic answer to the ever increasing demands of efficiency and tightening curriculums and limited times for students to study and graduate. When a student learns this one organ piece, it is not necessary to play any other organ repertory. Everything essential of the organ literature has been thus already learnt. A diligent listener may recognize different themes during the course of the piece. The motto of this seven-movement piece is a comment by Frank Zappa: ”All the good music has already been written by people with wigs and stuff.”

Doctor of Music Timo Kiiskinen is the Professor of Church Music and the Chair of the Church Music Departement at the Sibelius Academy. In addition to his teaching responsibilities Dr. Kiiskinen has performed in very versitile roles as musician including as a conductor, vocal soloist, harpsichordist, pianist, organist and composer. Professor Kiiskinen main emphasis is liturgical music as  well as planning and executing the development of artisitic education in church music. Before his tenure at the Sibelius Academy, Dr. Timo Kiiskinen was the Cantor-Organist at the Church of Kotka and later at the Parish of Salpausselkä in Lahti.

Bach wrote his Six Trio Sonatas, arguably the most technically demanding organ music Bach composed, as a further contribution to the series of pedagogical keyboard collections that Bach began assembling in the 1720s for instructional purposes. These included Book I of the Well-Tempered Clavier, Inventions and Sinfonias, and the French and English Suites. By the time Bach was assembling his trio sonatas into a collection his eldest son Wilhelm Friedemann was twenty years old and in need of advanced study material. The number clavier and organ students of Bach had expanded dramatically in Leipzig. In Weimar he had only about a dozen students; in Leipzig more than 70! The sonatas provided useful material for the most advanced students; besides teaching the students coordination of hands and feet, they broadened and updated students’ repertory with new fashionable peices in the emerging galant style, appealing to the members of the yonger generation of Bach’s studets, who found delight in the new Italian style.

Sonata No. 5 in C Major (BWV 529) is one of the most ’galant’ of the collection. The first movement is like a sonata for two flutes and basso continuo. It has a ternary ABA-form with pedalpoints, scale-sequences and its development makes it like a ”modern” movement in classical sonata form. The second movement appears in some sources as a middle or last movement of the Prelude and Fugue in C Major BWV 545. It seems to be an earlier work composed outside the compositional process of the first and last movements; it was later designated by Bach as the second movement of the C Major Sonata. The Second movemnet contains elemnts of a fugue, ritornello and da capo; the parts above the continuo are in dialogue. The quasi-melancholy ’sensitive style’ (Empfindsamkeit) in this movement was fashionable at the time for composers of the younger generation. The third movement is composed in a modified binary form with an undeniable hexachordal flavor in the opening fugue-subject that derives from six notes of the C Major-scale, just like in the opening C Major fugues of both WTC 1 and WTC 2.

Herr Gott, erhalt uns für und für-chorale prelude is a commissioned work for a project, intended to ’complete’ Johann Sebastian Bach’s Orgelbüchlein–a collection of chorale preludes. Bach’s original plan was to compose 164 chorale preludes for an entire cycle of a church year, but he ’only’ managed to finish 46 pieces for the set. 118 designated chorale entries were thus left uncomposed in the manuscript. For this project top contemporary composers in Europe were commissioned to complete each of these gaps by a new composition based on Bach’s intended melody. The new pieces, written by the most interesting composer at work today, survey a range of modern styles. The curator of the Orgelbüchlein-project, Mr. William Whitehead commissioned Kalevi Aho to compose a Catechism-chorale, Herr Gott, erhalt uns für und für (no. 63 in the set). The goal was to have a new setting of the chorale using the original Bach-techniques of the set (melody chorale, canon, decorated chorae). Inspired by the historic nature of the commission, Mr. Aho finished the new piece already in December 2017. William Whitehead premier the piece in London at the Royal Festival Hall in April 2018.

Nyt ylös sieluni (”Arise, my soul, stretch forth to things eternal) with its Finnish folk hymn tune is also found in the Service Book and Hymnal of the American Lutheran Church. The text of the hymn is by Swedish Johan Kahl (1745). In the 1986 Finnish Hymnal the hymn is the very last (no. 632). The folk tune melody was discovered and collected by Finnish musicologist Ilmari Krohn, who with his cousing published it in their collection of folk hymn tunes Kansan lahja kirkolle (”People’s Gift to the Church”) in 1891.