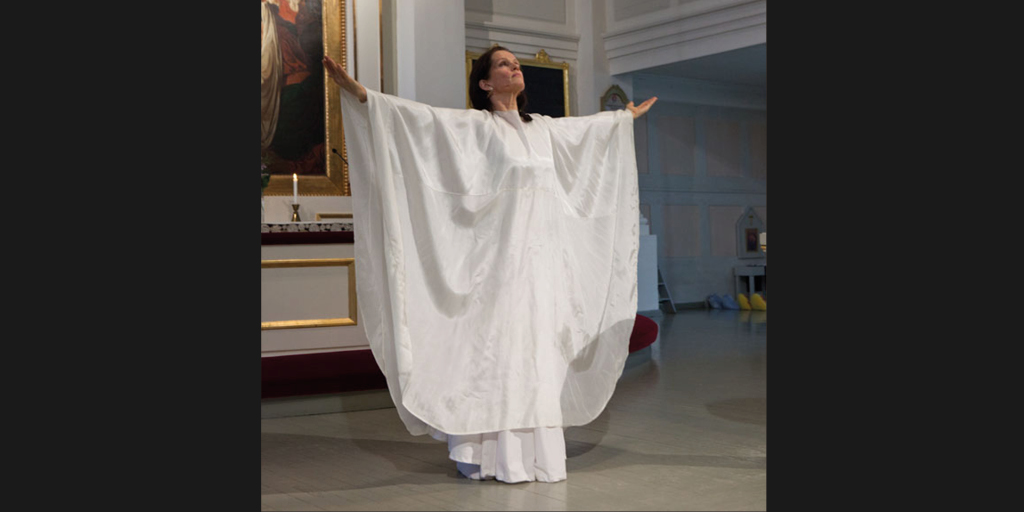 Tiina Sara-aho studied classical ballet and contemporary dance at Sonja Tammela ballet school in Lappeenranta. Her studies continued in Helsinki dance institute. She has danced in productions of Lappeenranta and Helsinki theaters and in dance theater Miimos. She has studied in Helsinki City Theater with Jorma Uotinen, Jill Miller and Maj Lis Rajala. With a grant from the Kordelin Foundation she participated in the dance competition of Kuopio Dance and Music Festival with a classical and a contemporary performance. She is a professional member of Finnish Dance Artists’ Union. She has taken part of numerous dance courses with for example Marianna Bogoljubskaja, Marin Veltchev and Konstantin Damianov. Tiina Sara-aho has graduated as dance pedagogue from the Theater Academy. In her job as primary school teacher dance was pushed back, only to return. Now it is deepened into a spiritual dimension as Sara-aho graduated in 2011 as instructor of meditative dance and with a Master’s Degree in theology in 2014. In her new work as instructor of meditative dance and performing artist she has created a synthesis of all her past work and life experience as well as education. A strong inner vision creates meditative peace into her work. Currently Sara-aho directs groups in different parishes and participates in church services and other events with liturgical dance.  https://www.meditatiivinenpyhatanssi.com 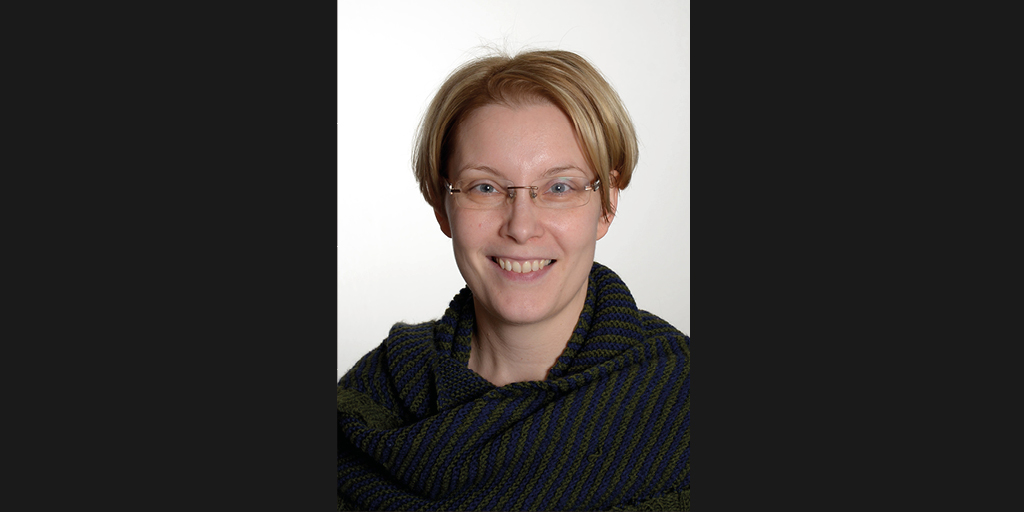 Marjukka Liimatainen graduated from Sibelius Academy church music department year 2002 (master of music). She was introduced to organ playing at the age of thirteen by the local organist Salla Palokangas. In Sibelius Academy her teacher was prof. Timo Kiiskinen. Marjukka has attended several master courses in Finland and abroad, where she was taught by e.g. Kati Hämäläinen, Olli Porthan, Kari Jussila, Pieter van Dijk, Paolo Crivellaro, prof. Luigi Tagliavini and Jon Laukvik. From year 2004 she has worked as church musician in Keski-Lahti parish (Lahti, Finland). 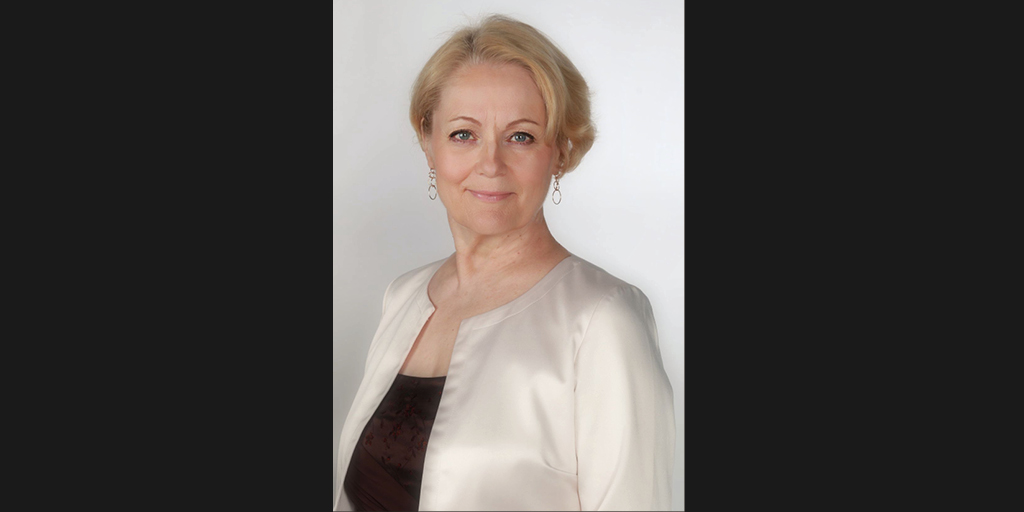 Pia Raanoja began her music studies with violin as her instrument at Pohjois-Kymi Music Institute in 1970. Later on she changed her instrument to singing. In 1987, she took her Master’s degree at the Sibelius Academy, where she studied under Liisa Linko-Malmio and Gunni Granberg. After this, she has attended master classes by e.g. Erik Werba, Peter Berne, Herbert Brauer, Rudolf Bautz, Kim Borg, and Ralf Gothoni.

In addition to opera, Pia Raanoja’s repertoire include lied music, operettas, oratorios and passions: She has sung the soprano solos in The Messiah by Händel (Tampere cathedral, Seattle), Die Schöpfung by Haydn (Kotka), The Passion of Matthew by Bach (Helsinki cathedral), Stabat Mater by Rossini (Oulu), Mass in C minor by Mozart, and  Stabat Mater by Pergolesi (Turku, Helsinki), the Kleine Orgelmesse by Haydn (Helsinki), as well as various cantatas by Bach, e.g. Ein Feste Burg ist unser Gott, and Christ lag in Todesbanden.

She has sung operetta and musical songs together with Juha Kotilainen on school tours and in a chamber music play on the life of W.A.Mozart (directed by Jussi Tapola).

Pia Raanoja’s lied repertoire focuses on Finnish songs, especially on those by Oskar Merikanto. She has also performed the Maria Stuart songs by F.Schubert, the Ofelia songs by R.Strauss as well as Finnish sacred music.  She has toured for the past few years with a concert programme called “Peace for Christmas” (“Rauhaa Jouluun”) and also sung at joint concerts in Lahti, Kärkölä, Inkeroinen, Tammela, and Hämeenkyrö. These concerts will see continuation at various parishes in Lahti in the future.

Since 2011, Pia Raanoja has taught music and voice in Nastola, at Kaarisilta, which is an art and day center with special tuition also in visual arts and music for people with more demanding special needs.

There have already been several recital concerts for this three-year musical training of which Pia Raanoja has been in charge. In 2015, a musical based on the themes of Die Zauberflöte by Mozart and with music set by Kimmo Parviainen, Taikamoinen, was performed on the small stage of the Lahti city theater. This musical fairytale was directed by Tero Porali and the music was rehearsed by Pia Raanoja.

Pia Raanoja has also recorded songs for both radio and television. She is also in a recording by the Savonlinna opera festival (Ääni taivaasta) and as the soprano soloist in Symphony No. 3 by Nielsen (conductor Myung-Whun Chung). 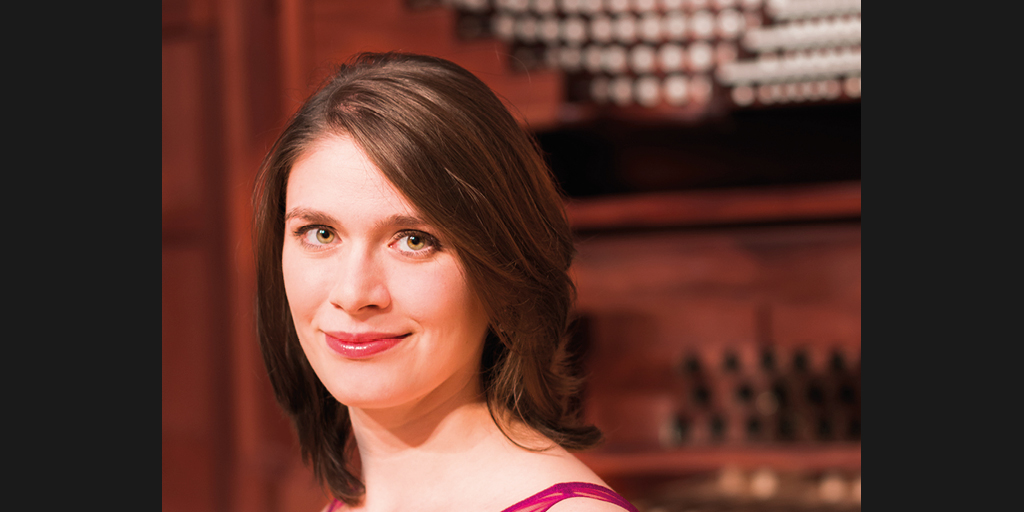 August 9th at 2 p.m. in The Church of the Cross
Monica Czaucz is one of the most prominent names of young American organists. The Diapason magazine noted her as one of the top 20 organists under 30 in 2016. This summer Czaucz takes Finland by storm on her tour here.

Tickets 15€/ 10€ with pensioners’ card
Coffee and a meet-and-greet at 1 p.m. in the downstairs of The Church of the Cross!

Johannes Brahms’ penultimate work for piano solo, his famous Six Pieces, Op. 118, opens with bold, arpeggiated flourishes. Dedicated to Clara Schumann and composed years after he had supposedly given up composing, the piece develops in intimate ways and teaches us of love and loss. This stormy and passionate first Intermezzo decays into the second, which may be one of the most heart-breaking themes ever written. Here, an introspective yearning will be expanded in a classical ternary – ABA – form, before leading to a Ballade in similar form. The tragic or perhaps heroic A sections of the Ballade find tranquility in the B section, though the entire piece ends in muted angst.

Johannes Brahms aptly prescribed we “study Bach: there [we] will find everything.” This late work of Johann Sebastian Bach is no disappointment. Composed during his Leipzig years, the time when he was also writing the Orchestral Suites, the French Baroque influences and inspirations of King Louis XIV and ballet can be heard, particularly in the opening gestures of the Prelude. The date of composition is unclear, but it may have been debuted at the memorial service for the Queen of Poland, fitting with the solemn mood often depicted by the key of B minor. The Prelude in 6/8 time features complex syncopated passages alternating with more straightforward sections. The Fugue features a short, stepwise subject with real answer and an impressive use of three distinct countersubjects before concluding in a hopeful B major.

Longtime student of French organist-composer Jean Langlais, Naji Subhy Paul Irénée Hakim was born in Beirut in 1955. Composed in 2009, the Arabesques are dedicated to his wife Marie- Bernadette Dufourcet. In the words of the composer himself: “Song and dance are at the heart of this suite for organ, which reflects the overlapping influences of jazz and Mediterranean folk music. The six movements—Prélude, Pastorale, Libanaise, Arabesque, Litanie, Rondeau—are characterized by ornamental melodies, modal harmonies, irregular meter and an expressive quality inspired by joy.”

Pioneer of Finnish organ music in the early twentieth-century, Frans Oskar Merikanto was born to Frans Ferdinand Kanto, and ultimately changed his name in 1882. “Meri,” meaning “sea,” refers to his journey from Vaasa to Helsinki. He studied in Leipzig and Berlin before seeking to broaden his education. Between 1900 and 1907, he traveled internationally for concerts and study, encountering the likes of Guilmant, Widor, and Vierne, and befriending the most celebrated organ virtuoso and composer of the time, Marco Enrico Bossi. Merikanto’s work is often influenced by Finnish folk song, and unlike Jean Sibelius who mostly appealed to the upperclass, he sought to make music accessible for all people. In the majestic Häähymni, Merikanto juxtaposes dramatic outer sections with a flowing inner section that builds in excitement before returning to familiar material.

Composed about the same time as Häähymni, we compare the sounds of early twentieth-century Americana in one of Seth Bingham’s first compositions, Roulade. Bingham was an acclaimed performer and teacher, serving as organist at Madison Avenue Presbyterian Church in New York City, USA, for nearly forty years (1913 to 1951). In this beloved scherzo-like piece, we encounter florid running passages, bold trumpet calls, effortless counter-melodies, and a heavenly interior section.

Today’s program closes with the lone work of another New York City composer. Born to Sicilian immigrant parents under the name Guiseppe Guttoveggio (literally: “good vegetable”), Paul Creston changed his name in the hope of greater recognition. Self-taught as a composer, he possessed remarkable drive and overcame many hardships, including dropping out of high school to help support his family.

A true rising star among young classical musicians, Monica Czausz has quickly made a name for herself as one of the finest young American organists on the scene today. She was recognized as one of the top 20 organists under 30 in the May 2016 issue of The Diapason for her “superior accomplishments, leadership, creativity, and innovative thinking”. She has also received first prize in numerous competitions, including the 2015 American Guild of Organists Regional Competition for Young Organists (Region VII: Southwest), 2015 Schweitzer Competition in the Young Professionals’ Division, the 2013 William C. Hall Competition, the 2012 L. Cameron Johnson Competition, and the 2011 Oklahoma City University Competition.

where The Tracker reported, “this young lady just blew us all away.” During the summer of 2016, she accompanied the Christ Church Cathedral Choir on tour to England where they fulfilled residencies at the Cathedrals of St. Paul’s (London), Durham, and Bristol. She has recently performed at the Meyerson Symphony Center in Dallas, Merrill Auditorium in Portland Maine, the Kimmel Center in Philadelphia, Broadway Baptist Church of Forth Worth, St. Paul’s Chapel at Trinity Wall Street, and the Eccles Festival at the Cathedral of the Madeleine in Salt Lake City. Upcoming programs for the 2018-19 season include performances at Walt Disney Hall in Los Angeles, Spivey Hall in Morrow Georgia, and Fresno State University for the International Philip Lorenz Keyboard Festival. Monica’s performances have been broadcast on Pipedreams, WRTI Philadelphia, 91.7 Houston, and KTRU Rice Radio.

Monica graduated in May of 2019 with Artist Diplomas in both Organ and Harpsichord Performance from The Curtis Institute of Music in Philadelphia, where she studied with Alan Morrison and Leon Schelhase, respectively. In May of 2017, Czausz graduated Summa Cum Laude from Rice University’s Shepherd School of Music in Houston, Texas, where she completed a five-year combined Bachelor of Music and Master of Music degree program in Organ Performance. Here she studied with renowned professor Ken Cowan and, upon graduation, was awarded the Undergraduate Distinction in Research and Creative Work. From September 2015 through July 2017, she served as full-time Cathedral Organist at Christ Church Cathedral (Episcopal) in Houston, Texas, under the leadership of acclaimed director Robert Simpson.

Monica Czausz is under the exclusive management of Karen McFarlane Artists, Inc.

Marjukka Liimatainen graduated from Sibelius Academy church music department year 2002 (master of music). She was introduced to organ playing at the age of thirteen by the local organist Salla Palokangas. In Sibelius Academy her teacher was prof. Timo Kiiskinen. Marjukka has attended several master courses in Finland and abroad, where she was taught by e.g. Kati Hämäläinen, Olli Porthan, Kari Jussila, Pieter van Dijk, Paolo Crivellaro, prof. Luigi Tagliavini and Jon Laukvik. From year 2004 she has worked as church musician in Keski-Lahti parish (Lahti, Finland).

Ilkka Hämäläinen has sung at the Finnish National Opera since 2012 both as a soloist and as a member of the choir. He is also a sought-after artist in the Finnish regional operas and sings as a soloist at the Savonlinna Opera Festival.

Ilkka Hämäläinen masters a huge variety of different music styles. This ability of his is remakable even on an international level.

He started his career as a young pop and rock´n´roll singer. Nowdays his repertoire includes over 80 roles in musicals, operetta and opera.

Next season he will be singin at the Bolshoi Theatre of Moscow when the Savonlinna Opera Festival brings their opera Otello there. He will also continue performing at the Finnish National opera, where his lead role of Andrew Lloyd Webber´s Phantom of the Opera has got rave reviews. In addition to this he sings the role of Andres in Alban Berg´s Wozzeck.

He has recorded e.g. Orthodox choir music as a soloist of the Uspenski Cathedral Male-voice choir.